Recycling hits the big time as a general contractor turns 4 metal boxes into a decidedly different living space. Building traditional wood townhouses and condos is good work for a general contractor. It provides a steady income for Claudie Dubreuil, a general contractor in Mirabel, Quebec, who owns Les Collections Dubreduil. But she says this type of work isn’t a great creative outlet, due to its limited budgets and safe, middle-of-the-road designs. So when it came to designing her own house, Dubreuil was determined to do something extraordinary and fun. Building a home out of four metal shipping containers fit the bill.

Dubreuil’s excitement slowed as the realities of the project set in. She had to find an engineering firm to cut the shipping containers to her specifications, adding windows and more. Four firms rejected her, saying that the project was too complicated. She eventually found a firm, NCK, and they began the two-year process.

Purchasing the containers turned out to be quite simple. With a large port in nearby Montreal, Dubreuil found half a dozen companies selling shipping containers for $2,800 to $3,200 Canadian (U.S.$2,600 to $3,000) each. Not a bad price.

It took about two weeks just to cut the containers – it’s a smelly and toxic process that has to be done off-site – and to add metal support beams and weld everything together. “After that it’s not cheap anymore,” she says.

They clad the exterior in unstained hemlock spruce, because Dubreuil didn’t want to paint her house every year. Each shipping container is each 8 feet by 40 feet. Two are connected on the first floor, and two on the second are as well, forming a cross shape.

The floor (the old ceiling) was basically just a thin piece of galvanized steel that moved up and down when Dubreuil walked on it. She added 5 inches of polished concrete with radiant heating on the floors on every level.

Dubreuil really wanted the container metal exposed on the interior. But that created a dilemma about where to put the insulation. The solution was to add it to the exterior of the structure, beneath the exterior wood siding. This method also left more interior space. Dubreuil then used white metal paint over the rusty red color of the original containers. 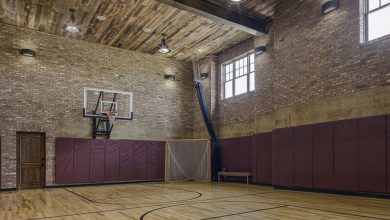 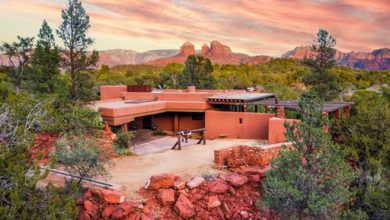 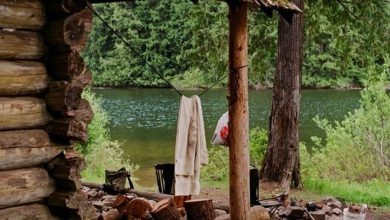 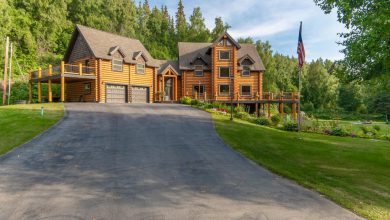