Fantasy Draft Day. Probably the greatest and most important day of the year. The day that will decide the players who you will bond with on an unhealthy level for the next five months, despite possibly having had no idea what they look like when you drafted them. And this day will determine how much trash you can talk with your friend for the next year, or how much you’ll have to put up with.

This is a big deal.

And yet people so often ruin this sacred day for not only themselves but others.

What you wear sets the tone for the whole day. Your entrance to the draft should be notable. Under no circumstances should you show up in khakis and a collared shirt or anything you might picture Ed Helms wearing. This is a chance to show everyone you came to win. If you don’t already know what you want to wear, here are a couple of suggestions.

A popular option is a throwback jersey that makes the entire room go, “Wow.” Whether you’ve been sitting on that Joe Montana Chiefs jersey for years or bought a Scott Mitchell Lions jersey at Salvation Army, this is a chance to show everyone, “Yeah, I go way back. I know stuff.”

In years where I won the championship the year before, I print up a championship shirt and wear it to the draft, making sure no one forgets who the champion in the room is. And in rare years I don’t win, I’ve been known to pull out a suit for the draft day. It’s business time.

Every good fantasy football player sets up a war room from which to operate out of for the next four-plus hours. There’s a basic formula to any war room.

Bring your laptop. There is no excuse to draft a guy who was just injured an hour ago or retired a year ago.

Cheat sheets. Print out an overall and positional ranking list and mark it off as it goes. You should also have sleepers noted on the sheets and make tiers of the positions before you get there.

Proximity to food/drink/restroom. Minimize your time away from the draft by maximizing your proximity to the essentials. If you can make your war room mobile, you just increase your flexibility.

This is often the most overlooked aspect of the draft. Too often people spend a second on a team name and end up with Craig’s Crew or something. This is another chance to command respect. The best team names involve one or more of the following: an NFL player’s name, the name of another owner of your league, a pop culture reference, a sex act. In the past, I’ve used “No Rex In the Champagne Room” referring not only to legendary quarterback Rex Grossman, but also the Chris Rock song “No Sex in the Champagne Room” which also gets a sex act in there. That’s three out of four, not bad.

The best team name I ever came up unfortunately directly references one of my friends’ names, so I’m going to save him national embarrassment. But I will say it included Junior Seau’s last name.

There is a fine line between having a great draft day and a disaster, and most of it comes down to food and drinks. In one memorable draft, there was quite a bit of pre-gaming going on and one of the owners in my league drafted Donnie Avery and then attempted to draft him again in the next round.

What you choose to drink is up to you, although every experience we’ve had with kegs has made the draft last an extra hour or two, and not in a good way. Pace yourself. As mentioned above, the draft is a big deal. Selecting Kevin Boss as a backup tight end because you thought it would be really great to say, “Like a Boss” while you still have starting spots unfilled is the type of decision that will haunt you all year. Once the draft is over though, drink away.

In my draft experience, pizza has always been the big winner. Everyone likes pizza. And at the end of hours of drafting, cold pizza still tastes amazing. Instead of opting for the usual Domino’s, class it up a little bit and go for the Papa John’s of the world. It’s the fantasy draft. You only have between one and six of these, depending on how hardcore/unemployed you are. Bread sticks are also a must.

Chips are a nice option, but never seem to get finished. Brownies/cookies/cake is also popular at my drafts as a different option. We’ve never grilled because the Midwest has the least pleasant and predictable weather in the world, but in theory, this is a good idea. There should be some thought and discussion put into the food. And you should at least offer to chip-in if it’s not straight-up expected, especially since whoever’s place you are having it at will essentially be destroyed after the draft.

I’m not about to get all Miss Manners up in here, but there are some general guidelines for how to behave at the draft.

No phone calls. You are at a draft. No one is calling you with anything important on a weekend in late summer. The only legitimate reason for calling someone is if you know Arian Foster and want to check in on his hamstring before drafting him. It should also go without saying any sort of significant other should not be at the draft with you.

If someone makes a bad pick, there’s nothing wrong with letting him know. Even if it wasn’t really that bad of a pick but you don’t like the owner, you can still rip the pick. Just try to avoid getting into fist-fights or ending friendships. Next to girls, according to my scientific research, fantasy sports are the leading cause of lost friends.

On the flip side, a complimentary “nice pick” is also acceptable. It just gives you more leeway to trash talk.

Once again, have some players in mind that you want to take. In leagues without timed picks, calling, “Shot clock” is perfectly acceptable if it really drags on. Skipping your pick is an acceptable consequence until you can come up with a guy you want.

Most importantly, pay. Whatever your league fee is, pay it upfront. There are two types of people in the world: people who join fantasy leagues and pay the entrance fee and the worst people in the world. There is nothing douchier than not paying if your team isn’t doing well and then forcing the commissioner or the winner to track you down for their rightfully won money. And if your league doesn’t involve money, you aren’t playing fantasy football. Join a t-ball league.

I’m aware that online drafting has become all the rage these days. But if there’s any way to avoid it, do so. It is way, way, super less fun. And if by some tragedy you are not able to make the draft in-person, like say you are in the hospital or in a different country (I had to Skype in for a draft in the middle of the night from London one year), the same above applies. There is one major rule of drafting online or via Skype: pay attention. Don’t be that guy who lets the clock run down every time your turn to pick comes up because you aren’t paying attention. This ruin drafts. Do, however, participate in as much trash talk as possible, whether on the online draft chat or over Skype.

Generally, if you are doing the draft online while everyone else is together, you are at a disadvantage. People won’t tell you picks or trades that happen. But you also don’t have as many distractions. You should still set up a war room as if you were in-person.

Every league is different. If your league gives points per receptions or not makes a big difference in drafting players. If your league somehow doesn’t include interceptions but does have a stat for faked knee injuries, then Jay Cutler is a decent pick. It’s always a good idea to go over the league rules again, just to make sure you know what you are getting yourself into. And don’t be that guy who picks mostly hometown players. At least pretend you know there was a team in Jacksonville. And for the love of Morten Andersen, don’t take a kicker until the last round.

With the amount of alcohol probably consumed, everyone is going to love their team. And everyone is going to hate yours. Don’t listen to them. Besides, most leagues aren’t necessarily won during the draft, but how well you can manage waivers and your ability to trade and get lucky with injuries. So don’t get too wrapped up in what just happened and get married to your team, be ready to make changes. Don’t be in a rush to leave either. This day is Christmas for adults. You should enjoy it. 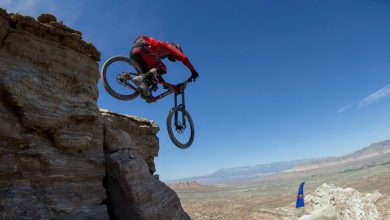 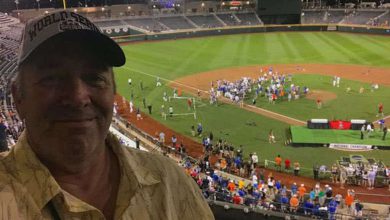 Is This Heaven? No, It’s Omaha 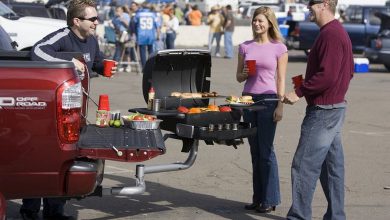 Step Up Your Game with these 22 Brilliant Tailgating Hacks 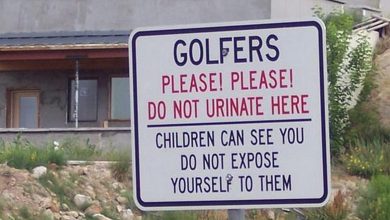 Golf is the Best/Worst Game Ever (26 Photos)