Here’s a fun fact – the term man cave was actually created back in the 1700s when George Washington had his people build him a cave to get away from Martha when she was in a particularly bad mood due to missing her favorite show or finding crumbs in their master bedroom.

Though that last statement is a complete lie, the man cave has actually been one of the most important rooms in the house since the day football and chicken wings were invented. There are a ton of different ways to create the perfect man cave, but here are a few tips you should consider before whipping out the toolbox.

Build It Around The Television

The main reason you’re building a man cave is probably so you have somewhere to watch the game with your friends without having to hear your kid’s body slamming each other and your wife threatening to take their Tamagotchi’s away (I clearly don’t know what kids play with these days). Make sure you find the perfect spot for the big screen and build the room around it. Consider things like window glares and legroom. Nobody wants to watch the Super Bowl cross-legged with sunglasses on.

Have an Awesome Bar

Clearly, your man cave is going to have a fully equipped bar, I mean, how else will your band of merry men wet their whistles at halftime? Make sure the size of your bar is ideal for seating at least three patrons, and consider installing a keg system.

After a tough day at work there’s nothing better than pouring yourself a cold one and blaring some Springsteen – am I right, or am I right?

Splurge On The Best Couch Possible

Think of your man cave as a personal getaway where anything is possible. 3 pm naps? Why not?! When you’re shopping around for couches, don’t be afraid to spend a little extra money on something you could picture yourself living on for 6 hours a day (minimum).

You’ve got to have a backup plan for those terrible days when there aren’t any games on worth watching. Whether you’re a fan of billiards, darts or poker, be sure to have a designated area for at least one of these games set up.

If you’re a sports fan, chances are you’ve got a favorite team. Show the world what team you support with as much memorabilia as you can fit on the walls. Oh, and don’t be one of those guys who just throw up anything he finds in the bottom of a case of beer – show some sports logic, will ya?

Good news – your friends love your new man cave! Bad news – your beer fridge is empty! Never let an atrocity like this happen again – the fridge in your man cave should always be fully stocked with your alcoholic beverage of choice. Avoid dehydration, stay stocked.

Pimp Out Your Ivory Throne

Let’s be honest, after a night of consuming nothing but nachos and beer you may spend some time on the ugh… “throne”. You’ve got to make sure the bathroom of your man cave is perfect. Make sure that there is lots of legroom and an effective fan system to keep various odors away from the bar.

The problem about going to an actual bar is that you can’t actually eat the complimentary pretzels because you don’t know whose filthy hands have been swimming around in the bowl. Luckily at your man cave, you can provide a variety of snacks and be confident that they haven’t been manhandled by some guy who forgot to wash his hands after a trip to the “throne”. Look into purchasing some airtight containers for things like pepperoni and beef jerky and have them set up at the bar. This man cave just got a whole lot better.

Throw Up Some Signage

So you’ve got all of your favorite sports jerseys hanging up on the wall but still have some room to fill. It’s time for some ironically funny signage. Think about things that Ron Swanson would say and put them on a sign. Every man can relate to bacon.

You’ve got to make sure that there are enough seats for all of your buddies. Try finding some alternative seating options, like a bean bag chair or one that hangs from the ceiling. This will save you room and add some unique flare to your cave.

The perfect man cave should have everything that a man loves, including his best furry friend. Create a little corner for Fido where he can lounge out and keep you company during an afternoon of watching golf and eating potato chips. Sometimes dogs need to get away from it all too! 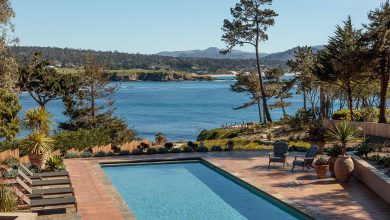 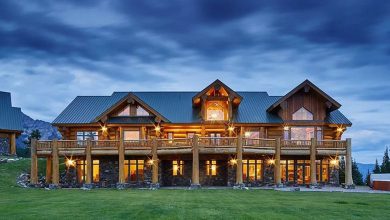 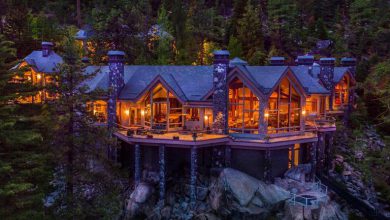 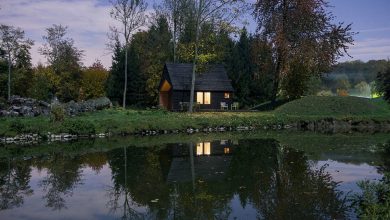